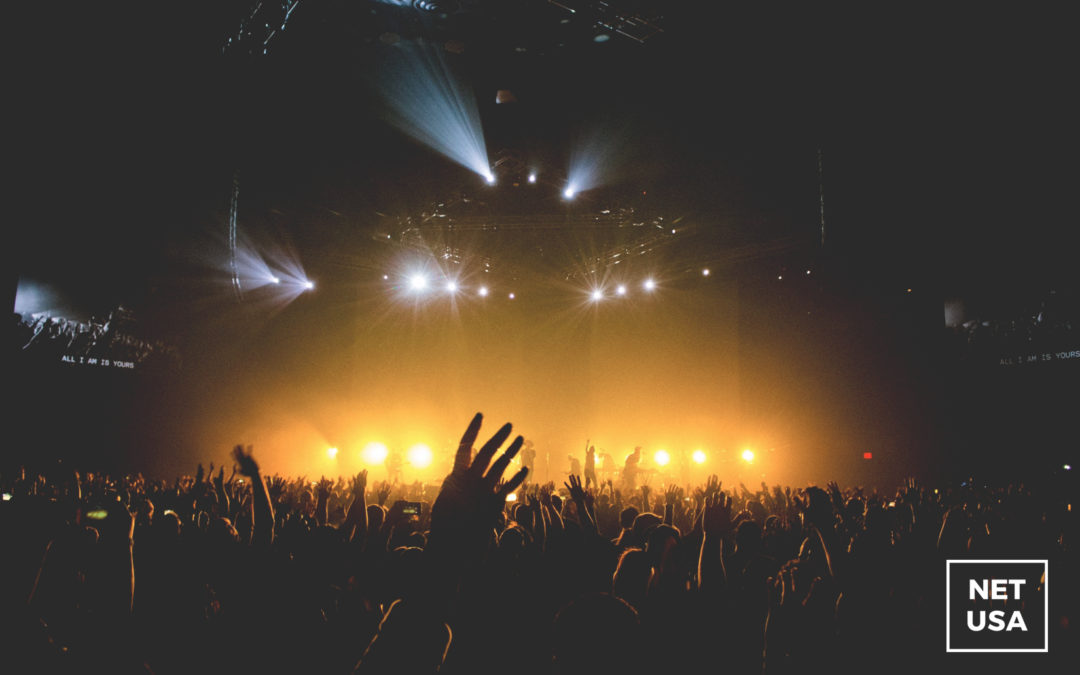 There is no sensation quite like the bizarre buzzing, ringing, and strangely hollow feeling you get in your ears after attending a music concert in a sold-out arena. When the lights come on and the crowds pour up the stairs toward the arena exits, your entire head feels like it’s filled with an active hive of bees, and when you try to talk, you quickly realize that you have to strain your voice to the level of a desperate shout simply to feel as if you are talking at a normal volume. It is a highly disorienting experience.

Now, let’s say someone came up to you and tried to engage you in a serious and heartfelt conversation while you were experiencing that horrible post-concert ringing in your ears. Do you think you would be able to fully digest what they were saying, internalize it, and allow it to impact your life? Of course not! You would barely be able to hear them, let alone even begin to understand the fullness of the message held within their words.

But here’s the thing.

You know what’s even worse than ringing, buzzing, unable-to-properly-digest-information ears? A ringing, buzzing, unable-to-properly-digest-information heart. Something that, if you are anything like me, you tend to walk around with on the regular, unaware of just how many tender whispers of love and soft invitations for deep conversation with your Maker you are missing out on because of it.

In both cases, the culprit behind this disorienting, information-blocking sensation is an overload of noise. For the ears, the noise causing the disorientation is very literal: screaming fans, a pounding bass guitar, soaring vocals, and so on. But the kind of noise that poisons our hearts on a daily basis is not quite so obvious. At its core, it can best be defined as the overarching content of the countless messages, images, lyrics, and lies we take in throughout our day that deliver to us the twisted philosophy of this broken world: that we have to do something and be something in order to earn a sense of worth and approval.

What a debilitating lie. We may know, deep down that our worth cannot be found in anything other than our identity as sons and daughters of the Heavenly King. But the world does a pretty solid job of making the whole “prove your worth” lifestyle feel like the cold hard truth.

This type of toxic, heart-poisoning noise of the world is everywhere. Think about it for a minute. We internalize it when we watch TV shows or movies that depict men and women twisting their personalities or appearances to win the approval of those that they love. We fall victim to it when we take in advertisements convincing us that our lives will not be complete until we look a certain way, dress a certain way, and own all the latest gadgets. And above all else, it seeps into our hearts through the way in which social media encourages us to present ourselves as marketable goods competing like madmen for the most attention, affirmation, and praise.

In a world filled with this kind of heart-crushing, truth-suppressing noise constantly blaring at full blast, there is no possible way we can be attentive to the gentle, soft-spoken voice of Jesus as He whispers to us the truth of our inherent worth in Him and the love He holds for us, a love based on nothing more than the very fact that we exist.

In his beautiful book entitled Becoming the Beloved, Henri J.M. Nouwen describes his struggle to internalize the truth of the Lord’s unceasing love for him and his consequent identity as the Beloved of Jesus when the words of the world are so very contradictory to this message. He writes, “I was much more eager to listen to other, louder voices saying, ‘Prove that you are worth something; do something relevant, spectacular, or powerful, and then you will earn the love you so desire.’ Meanwhile, the soft, gentle voice that speaks in the solitude of my heart remained unheard or, at least, unconvincing.”

Have you ever found yourself in a downward spiral of endless Instagram scrolling or Facebook stalking, the kind where every beautiful picture and praiseworthy comment you see seems to chink away at another precious piece of your quickly crumbling self-esteem until you are utterly convinced that you are the ugliest and most miserable creature on the face of this earth? Can you recall that uneasy, squirming anxiousness flooding your stomach as you await the results of a big exam or an important interview, truly believing that whatever the results may be are a direct reflection of your abilities, intelligence, and worth, or maybe, given the nature of the results, the lack thereof? What about that sinking feeling in your gut that hits you out of nowhere when you get dumped by your boyfriend or girlfriend, or a friend leaves you to spend time with someone else, and all you can think about is how if only you were more outgoing, vibrant, bold, and interesting, this never would have happened?

If any of these experiences sound familiar, then you have fallen victim to the toxic noise and the alluring voices of our world that Henri Nouwen was describing.

Let’s be honest here. How often do you actually feel like you are someone worth loving? For me, I know all too well that those feelings are few and far between. So in a way, the world’s approach to love aligns perfectly with our own deep-seated insecurities, our own sense of fear and failure, and our own shameful belief that we don’t really deserve the crazy, unconditional, no-strings-attached kind of love that Jesus has to offer us.

As crazy as it may seem, the noise of the world tells us exactly what we expect to hear. And we keep coming back for more. But Jesus has a slightly different soundtrack in mind for us.

In the Gospel of Mark, Jesus encounters a man who is both deaf and mute, and a few of his friends beg the Lord to heal him of his affliction. And you know what Jesus does? He doesn’t ask for the deaf man to prove to him why he deserves to be healed. He doesn’t ask for an explanation as to why he is worth the Lord’s time. No. Instead, he “takes him aside, away from the crowd” (Mark 7:33).

Just as the post-concert ear ringing can be cured by stepping away from the crowds and allowing the silence to slowly pull out all remaining fuzziness from your ears, the truth-blocking numbness of our hearts can only be cured by taking a step away from the boisterous, flashy stimuli of the world and spending some quality quiet time with the Lord. For it is only when we draw apart from the crowd and close to the intimate embrace of Jesus that we can hear that same transformative word uttered to our poor, constricted hearts that He declares to the ears of the deaf man: “Ephphatha,” which means, “Be opened.”

Mark goes on to write, “At this, the man’s ears were opened, his tongue was loosened, and he began to speak plainly” (Mark 7:35). With a single word, Jesus opens this man’s ears to hear His words and frees up his tongue to speak His praises. And he desires to bring about the same miracle in each of our lives.

We are not meant to harbor hearts weighed down by this world’s noise. We are meant to have open hearts and free mouths ready to praise the Lord’s name. Even when all we seem to be able to hear is a blaring soundtrack of despair, unworthiness, and inadequacy, we must always trust that the Lord is there in our midst, beckoning us away from the crowd and closer to His unconditional love. We must not resist His call. We must go to Him and listen to His tender commands. 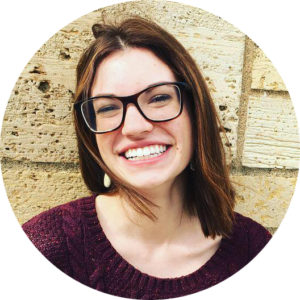