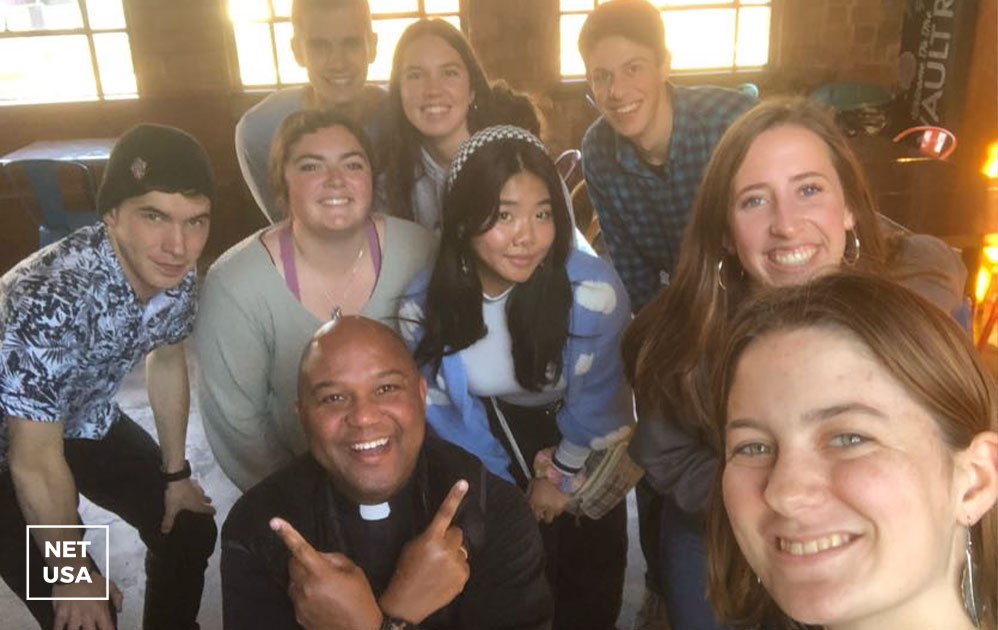 I led a retreat at Our Lady of Mt. Carmel in Carmel, Indiana, for their 8th-grade class. The youth were pretty rowdy, and there were a lot of them. We had men’s and women’s sessions on retreat, and the men’s session was particularly challenging – the youth wouldn’t stop talking and were not very respectful overall. I was frustrated and angry at their disrespect and felt like the retreat wasn’t doing anything.

Toward the end of the retreat, we had prayer ministry where all the youth were prayed over, received a “Letter from Jesus,” and were given the option to pray with NET Missionaries at prayer stations. Elias and I led a prayer station for the young men on retreat. After we had prayed with a couple of young men, there was a short period of time when no one came for prayer. After a few minutes, two of the young men from my small group came back, and they wanted to be prayed with together. I explained to them that we prefer to pray with each person individually, and they agreed to pray separately. I asked one of them to wait in the pew a couple rows in front of us, and we prayed with the other.

While I was praying, I had my head down. After we finished praying with the first young man, I looked up, and there were somewhere from 8 – 10 youth sitting in that pew waiting for prayers! I was shocked. What must have happened is that these two friends coming back together made it easier for the rest of the young men on retreat who wanted prayers but were too nervous to come back for prayers. 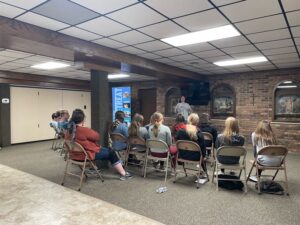 There were more that came back as we were praying with the initial wave of retreatants, so many that we were not able to get to the last three young men. Because of the courage of the two friends who first came back, Elias and I had excellent encounters with many of the youth in prayer. This experience showed me that God can work even in youth who don’t appear to be particularly interested or open.

Praise God for His work on that retreat!