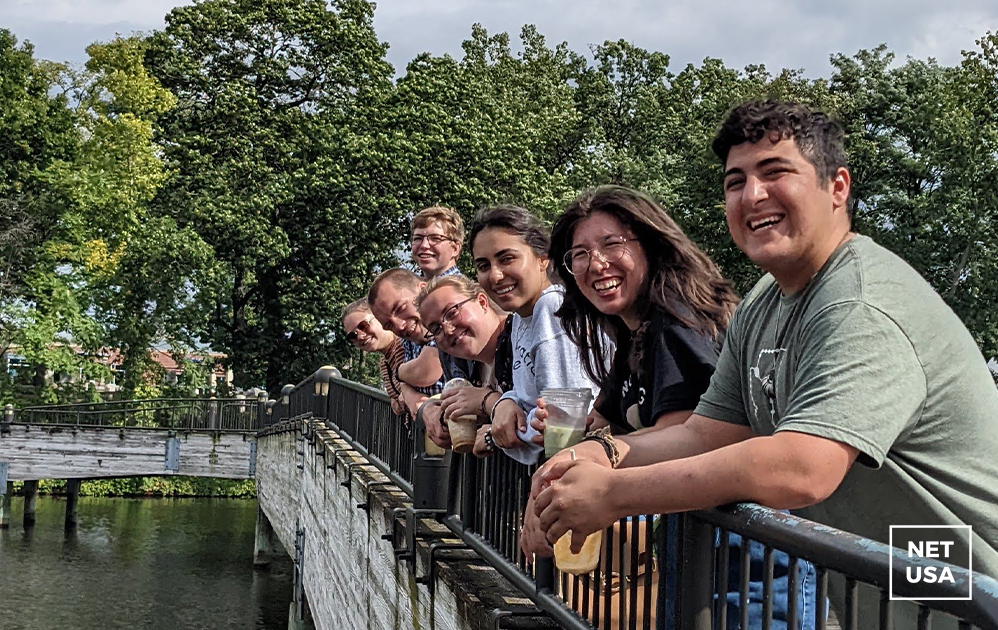 One way NET Ministries carries out its mission is through Discipleship Team. NET sends out these teams to integrate into communities across the United States and create a culture of discipleship. This ministry reaches every part of the community, from working with parish youth to school staff to encountering random people who live nearby to staying with parish families for two weeks.

St. Patrick’s in Brighton, Michigan, is hosting one of our Discipleship Teams this year. So much has already happened in just a few months of having a team. Four NET Missionaries on the team share how they are impacting their community:

Discipleship Teams have time built into their schedules to reach out to people in the community and have one-on-ones, share their testimonies, or disciple them. If that time doesn’t work for those they reach out to, they use that time to serve the community in a different way.

“Five of us did not have anything scheduled for RM (Relational Ministry). So, we decided to pray rosaries in front of Planned Parenthood. Apparently, we were on the wrong side of the yellow line and could have been arrested for trespassing. However, a man with 40 Days for Life made us aware, so we were not arrested! We talked to him, and he said just seeing us pray was really cool. He asked us to pray for both of his sons. Then he wanted more information about NET. He kept saying that NET would be a good fit for his youngest son. We finished the rosaries and started heading to the car. Before we got to the car, he said that he looked at the NET website and was filled with joy in the work we do and told us that from seeing us there, he was filled with hope.”
Manny M. 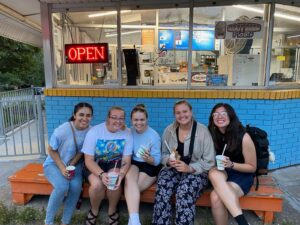 All NET Missionaries, whether on a retreat or discipleship team, stay at host homes. This allows our missionaries to encounter more people and bring their faith and zeal into the homes of the community where they are. While retreat teams will likely change host homes every night, discipleship teams will stay in one home for two weeks to one month.

“We were staying with a very sweet family with two boys. They were very strong in their faith, and we had such a good time staying with them. My two teammates and I had so much fun with the boys; they showed us all kinds of different games. One host family night, somebody had the idea of doing a little Bible study. The women and I hurriedly picked a little scripture passage and had a short Bible study with the boys and mom. It was so sweet to watch them go from being a bit disinterested to actually entering in. They even wanted to do another passage. The next day when the younger boy got home, he ran inside, exclaiming to his mom, “can we do another Bible study tonight?” It was really amazing to see the faith in that family, even at the young ages of the boys.”
Therese W. 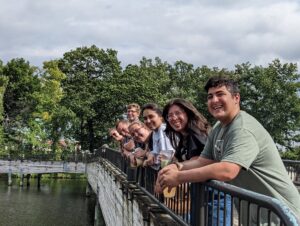 Missionaries mainly reach out to the youth by leading discipleship groups. These can be helping with Confirmation classes, guiding youth who want to dive deeper into the faith, or other forms. The beauty of our discipleship teams is that they get to minister to the same youth for nine months and can keep reaching out and see change.

“I’m on a discipleship team, and since the beginning of ministry, I’ve had a girl in my small group during youth group that was super quiet. When I asked her questions, she would either ignore me or give me one-word answers. We recently had a confirmation retreat for the parish, and she went on the retreat and was in my small group. I saw her slowly open up on retreat. The beauty of discipleship ministry is that you get to see them again throughout the year. At the next youth group after the retreat, I saw her come to life. As we played a game in small group, she was so excited and was explaining how to play and answering the questions I would ask the small group. It has been so incredible seeing her open up throughout the semester, and I definitely have seen the Lord working on her heart since we’ve been here.”
Annika K. 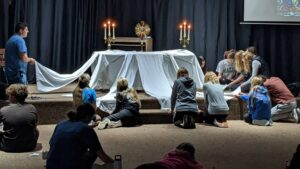 At the end of the day, our missionaries take a leap of faith to reach out to youth. The methods can seem far-fetched or bold, but NET Ministries’ charism is to follow the prompting of the Holy Spirit.

“The team was praying before youth night on Sunday as normal. Kevin, our Parish Contact Person, was leading the prayer and prompted us to ask the Lord for a prophetic word to speak to one of the youth at the event. I asked Jesus to show me who I should speak to. I received an image of squares, almost like a waffle or chocolate bar. Confused, I asked what I needed to say to the mysterious waffler. I received an image of Our Lady and interpreted that this youth was in need of a deeper relationship with Mary. Later that night, when everybody had gathered, I spotted the shape. They were the buttons on a vending machine costume. It just made sense that that’s what the Lord meant. I talked to the girl wearing the costume and asked about her relationship with Mary. She had said she didn’t really have a relationship with Our Mother, so I recommended that she look into Marian consecration through 33 Days of Morning Glory. The girl reacted quite positively, and my mind was put at rest.”
Daniel R.

Please pray for Team 14 as they continue to serve the community of St. Patrick in Michigan.