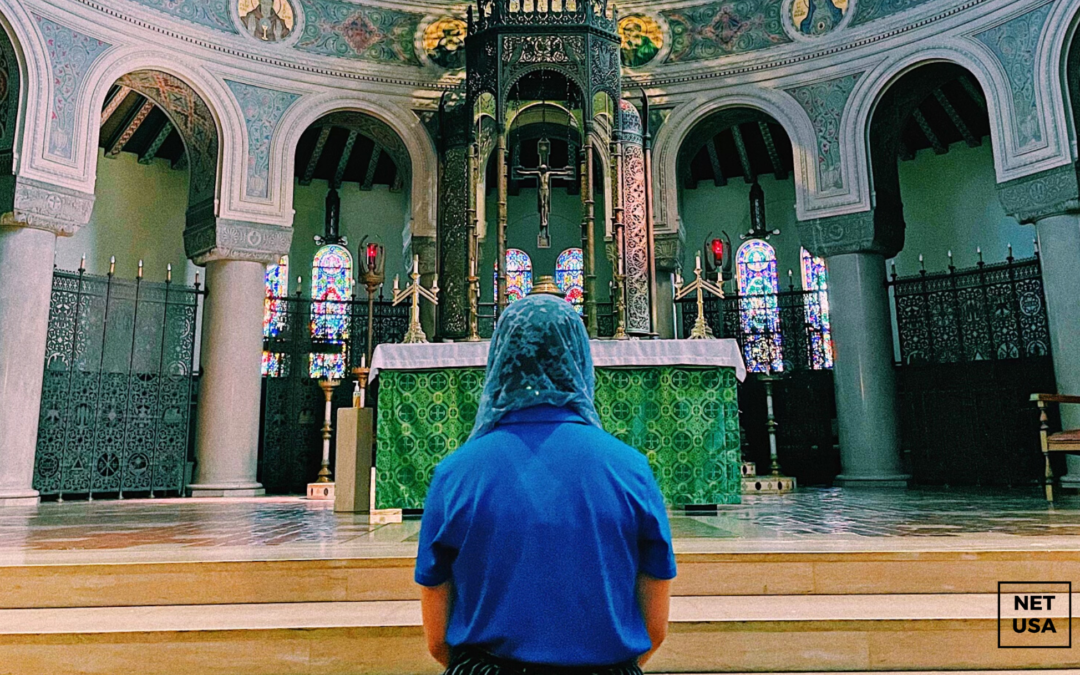 “Ally Elizabeth!” That’s what I frequently heard called down the stairs by my mother if I was urgently needed.

Ally Elizabeth. I’ve heard it hundreds of times, but names are powerful. Psalm 54:3 says, “O God, by your name save me.” The footnotes of my NA bible translation say that, “one is present in one‘s name.” If this is the case, then St. Elizabeth of Hungary has always been present whenever my name was said. Everyone in my family has a saint for their middle name. My mother felt that St. Elizabeth was the saint for me. What most people know about St. Elizabeth is that she was a queen. I liked the idea of being named after a queen when I reached elementary school. But, it wasn’t until this year I realized the impact and power St. Elizabeth has, and not just because of her noble title. Keep reading to learn more about St. Elizabeth of Hungary’s life and the impact she’s had on me!

Be a Saint–No Matter What

St. Elizabeth was born in 1207 to a noble family in Hungary. As was the custom of that time, she was betrothed to Louis IV, the heir to the throne in Thuringia Germany. Those who took care of little Elizabeth always knew that there was something different about the way she loved the Lord. She would often stop her play to sneak into the chapel where others would find her hands folded and face to the floor. When she was married, her husband would often find her in the middle of the night praying and she would invite him to join her.

Elizabeth was always joyful. People who would see her coming out of a chapel said that her face looked as if it had sunbeams shining from it and that she had a pure, radiant joy. She was also incredibly generous. She would often give whatever she had to the poor. Distributing bread to those who had none, giving clothes she would never wear to families in need, and even establishing a hospital at the foot of the hill her castle was on. Queen Elizabeth herself would even be part of the staff that would aid the lepers, dirty, and sick. This was very countercultural for a woman of her status. Other women judged her for how simply she dressed and how humble she was, but Elizabeth understood the call to be a saint–no matter your place in this world.

At this point in time, the church was in a very rich era, and poverty wasn’t exactly the most popular virtue to practice. However, Elizabeth lived out the virtues of generosity, poverty and  humility beautifully and quietly. No matter what others thought, Elizabeth lived for God and for others even though she could’ve lavishly lived for herself. Others might have seen her hands as noble ones that should not be defiled by the dirt of a peasant, but she saw her own hands as nothing more than tools with which God could love His children in need. This kind of love she possessed was powerful, and I only came to that realization at fall training this year!

The Gift of Royalty

During the talk The Authentic Woman, given during training by the lovely Lynn, she talked about how we are all royalty because we’re daughters of The King. I’ve always struggled with this imagery, but Lynn went on to say that since we’re royalty we’re invited by God to inherit His kingdom.

St. Elizabeth knew about the gifts that God had given her and invited others to share in them. She used the good she was given in life to lead others closer to the ultimate good: God and His kingdom. She knew what she had, how good it was, and gave it freely to others. She gave her material goods, her time, and the love of Christ she’d found all while going against the grain. Shouldn’t we do the same? We, as sons and daughters of the Creator, should constantly be reminding others of this gift we all have been given–being called son or daughter by the Father and being loved by Him. Even if we might look a little odd doing it, we can find a joy as pure and unshakable as St. Elizabeth’s.

I was inspired by St. Elizabeth’s life, and I hope you are too! As we celebrate her feast day, I challenge you to find one way to invite others into the gifts God has given you. Even just reminding a friend that they are a son or daughter of God before they are anything else is a gift! Or simply pray for the intercession of St. Elizabeth–that she might help you to give whatever you have and be courageous while doing it.

St. Elizabeth of Hungary, pray for us!